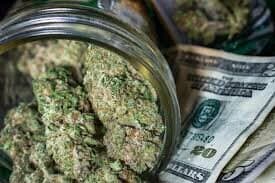 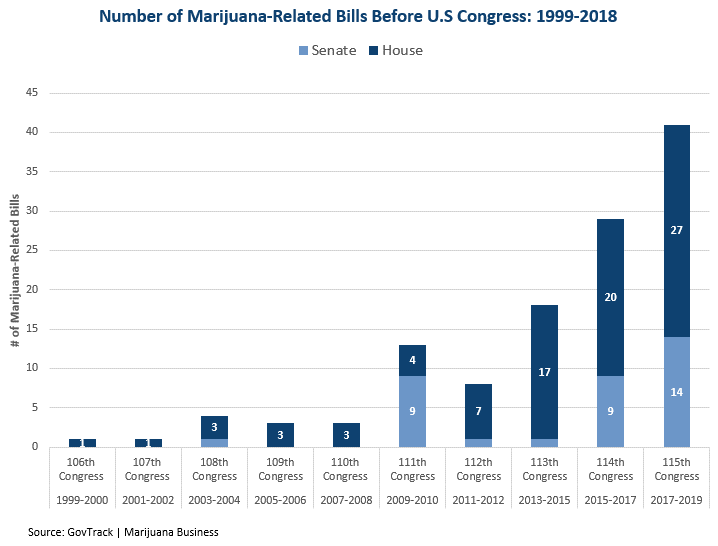 Carol Pepper: Cannabis is the “Next Huge Growth Area”

As the rising tide of support for cannabis legalization continues to swell, private wealth advisors are beginning to recognize its huge potential as an investment opportunity – just ask Carol Pepper, founder and CEO of Pepper International, a boutique wealth advisory firm that focuses on managing the fortunes of wealthy families across the world.

In an appearance on CNBC’s Squawk Box Europe, Pepper characterized legal cannabis as “the next huge growth area” and called the opportunities in cannabis markets “staggering.”

“If you want to be in something that’s very growthy, and actually legitimate as it is legalized and controlled properly, I think [cannabis] is the place to go,” said Pepper, who cited a litany of reasons investors should feel bullish on legal weed.”

She continued by rejecting the common refrain heard from many marijuana skeptics that cannabis is simply another frenzied bubble market like Bitcoin, saying that unlike Bitcoin and other cryptocurrencies, cannabis is a real, tangible product with defined benefits.

“The medical applications for cannabis are staggering. The research is being done and I really think this is the next huge growth area.” said Pepper, adding that legalization in Canada had “blown through expectations” to the point that some Canadian cannabis companies are now beginning to export to Europe.

“I think it is a phenomenal plant that’s going to do a lot of good for the planet and I am glad it is finally being legalized.”

This is compelling evidence coming from someone like Carol Pepper, who was twice recognized in Private Wealth Management’s list of the 50 Most Influential Women in Private Wealth and whose eponymous asset management firm Barron’s designated as one of the top family offices in the United States. 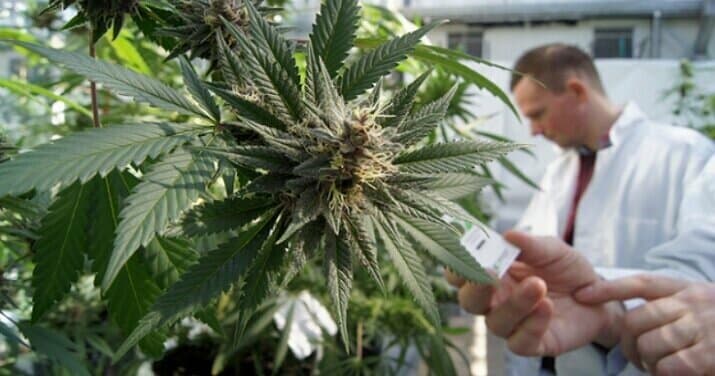 The DEA announced earlier this month that they would increase the amount of cannabis grown legally by 30%—yes, you read that right—in order to expand access to research on the plant’s effects.

The move should excite advocates and cannabis investors alike, as a lack of research is one of the last bastions of resistance to legalization from anti-marijuana camps and institutions.

“I am pleased that DEA is moving forward with its review of applications for those who seek to grow marijuana legally to support research,” said Attorney General William P. Barr. “The Department of Justice will continue to work with our colleagues at the Department of Health and Human Services and across the Administration to improve research opportunities wherever we can.”

In addition to expanding access to research the agency also announced that certain forms of cannabis would no longer require DEA registration to grow under protections in the Agriculture Improvement Act of 2018, known colloquially as “the Farm bill.”

According to the DEA’s website, “The new rules will help ensure DEA can evaluate the applications under the applicable legal standard and conform the program to relevant laws. To ensure transparency and public participation, this process will provide applicants and the general public with an opportunity to comment on the regulations that should govern the program of growing marijuana for scientific and medical research.”

As the body of research grows and becomes more robust, opposition to marijuana legalization on the grounds that it’s effects are largely unknown, and thus potentially harmful, will surely dwindle. What’s more, facilities and businesses that deal with cannabis purity testing, regulatory compliance and research will see an increased demand for their services. 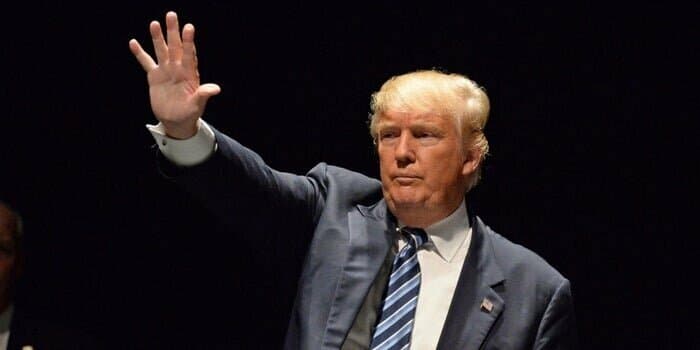 In a press conference last month, President Trump indicated a hands-off philosophy towards marijuana enforcement that respects states’ rights, a position that he has historically remained relatively quiet on.

The comments came amid contradictory narratives. Just days prior, the Surgeon General issued a warning against the use of marijuana, while a recent study by Economic Inquiry showing lower incidence of opioid overdose deaths in states with legal marijuana programs. While this isn’t the first time Trump has expressed support for states’ rights on the issue, it is one of the few times he has been asked about it directly. Nonetheless, advocates wasted no time voicing their support:

“The reiteration of a non-enforcement policy from the president is a clear sign that states should continue to defy the federal government when it comes to marijuana prohibition,” Justin Strekal, political director for NORML, told Marijuana Moment.

“Congress should swiftly move pending legislation when it returns from the August recess to remove cannabis from the Controlled Substances Act and provide the legal relief needed to those individuals and businesses who are struggling under our nations cruel policy of criminalization.”

Trump is notorious for being swayed by public opinion (rather than traditional partisan dogma) and has previously said he “really supports” the STATES act sponsored by Colorado senator Cory Gardener. It’s likely that the White House will continue to monitor this high-profile issue closely and tailor its positions to the sentiments of the body politic. 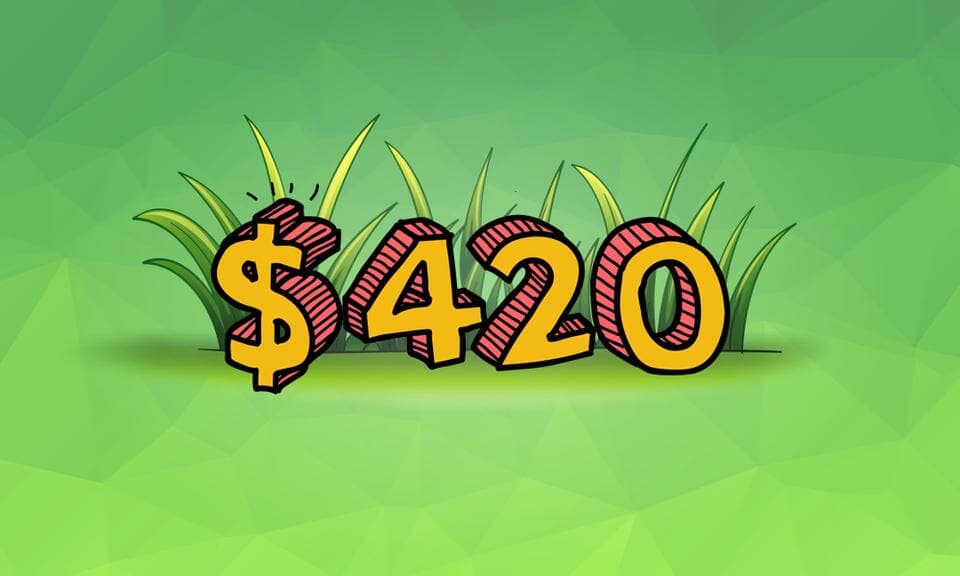 With cannabis markets now more open than ever before—a trend that’s set to continue—one area that’s been slow to adapt has been ecommerce. That appears to be changing, however, with the rise of online cannabis marketplaces and delivery services like Eaze, CannaOne, and BWell Market.

As with all issues whose legality varies across state lines, cannabis has been operating in somewhat of a grey area online; after all, shipping any product from a state where it’s legal to a state where it’s not is tantamount to a violation of state sovereignty.

Enter the Agriculture Improvement Act of 2018, which largely cleared the way for certain forms of cannabis and cannabis derivatives, most notably non-psychoactive CBD and cultivars of the cannabis plant that don’t possess high-enough THC levels to produce psychoactive flowers. These cultivars are commonly referred to as “hemp” rather than marijuana, although technically speaking, they are all members of the cannabis family.

If cannabis is subject to the same consumer behavioral trends that other discretionary purchase are—e.g, the modern preference for ecommerce, online shopping, and home-delivery (think meal prep services, razor delivery services, and gig economy food delivery like GrubHub and Postmates)—online cannabis marketplaces are surely a high-growth area. Indeed Americans are expected to spend over $20 billion annually on CBD alone by 2024, according to Forbes.

The last major hurdle for these operations is a legal one, and like so many other areas in American life, the last holdout is none other than the federal government.

The Racist Roots of Cannabis Prohibition and the Argument for Social Justice...
Scroll to top