We hope everyone enjoyed their summer and is ready for some change as we transition into Fall.

We have exciting news around some of KEY’s portfolio companies along with promising legislative trends to share with you in this newsletter. We will also highlight our growing presence in the community, as we continue to share our knowledge with the media and on stage at conferences.

KEY In The News

A growing (pun intended) amount of investors are interested in finding the best investment opportunities in the nascent cannabis industry. “This is an industry that is completely capital-restrained,” Erdely noted, making a pun about how it is a “grassroots-driven” industry. He sees the political acceleration of legalization as inevitable every time a new state legalizes it. To read the full article, click here.

KEY In The Community

We recently attended the Future Proof conference in California where our very own Tiby Erdely led a panel titled: The Cannabis Industry: How to Invest for the Future.

We were excited to welcome some of our partners and portfolio companies to the panel, including Sweet Leaf Madison Capital, Katalys and Grassdoor. There was a great turnout for the panel and we are looking forward to a few more speaking engagements in the coming months, including a presentation by KEY Managing Partner, Jordan Youklis, at MjBizCon in Las Vegas this November.

Check out this article which recaps our panel at Future Proof.

While part of the KEY team was in California speaking at Future Proof the rest of the team spent time in Chicago at Benzinga Capital Conference. Benzinga’s been a treasure trove of conversations, leads, and good people in the past and this year was much of the same! 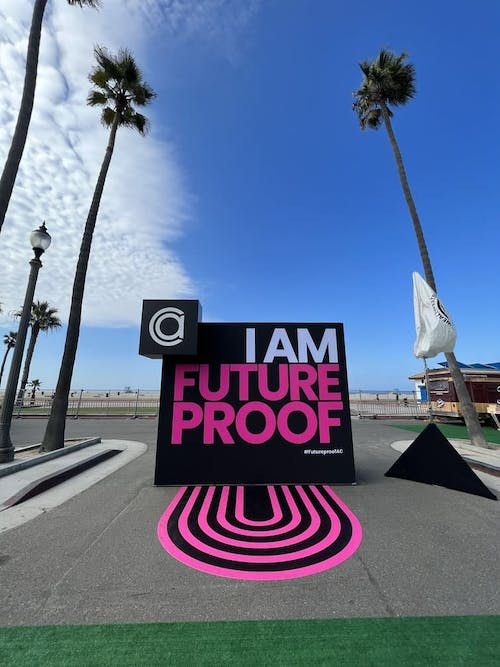 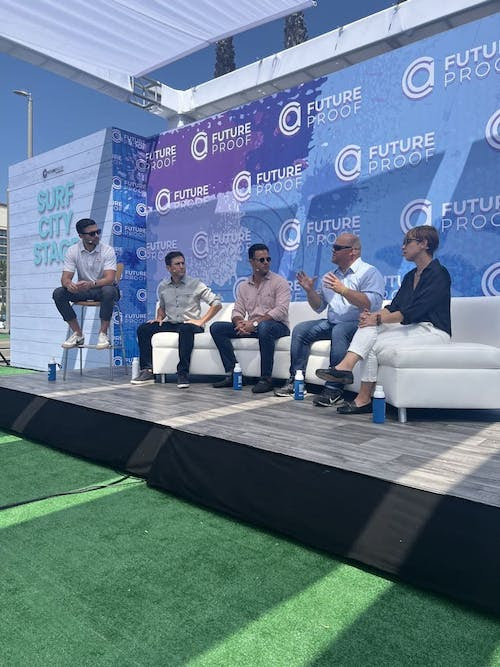 Today Open Book Extracts announces the completion of its Series C financing. The secured funding could reach $25 million depending upon certain milestone achievements.

Open Book Extracts first close of their Series C round was completed earlier this year, with the corporate venture arm of BAT (British American Tobacco) – Btomorrow Ventures (BTV) – and other investors closing out the second tranche of Open Book Extracts’ Series C. Open Book Extracts will use this financing round to support ongoing research efforts at Open Book Extracts, including toxicology, safety, and efficacy research on cannabinoid ingredients and finished products, leveraging OBX’s broad range of cannabinoids from hemp and natural sources, including CBD, CBN, CBC, CBG, CBT, CBDa, CBGa, CBDv, and THCv.

In addition to the funding, Open Book Extracts and BAT also signed a scientific collaboration agreement covering specific areas of future R&D. The activities that will take place under the collaboration will focus on the next generation of cannabinoid ingredients.

“Innovation is the cornerstone of OBX’s strategy, and the investment from and collaboration with BAT will accelerate the pace of innovation by orders of magnitude,” said Dave Neundorfer, Open Book Extracts’ CEO. 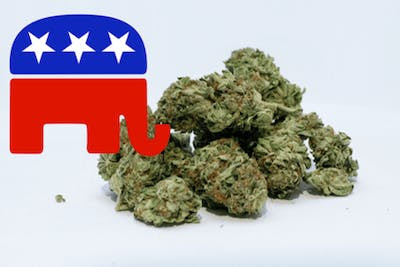 September 14th, 2022, Results from a new poll found that support for legal cannabis continues to grow among Republican voters.

The poll found that more than 76% of GOP voters agreed that if a state legalizes cannabis, the federal government should step aside and remove any obstacles that may be in the way. The poll was conducted by Fabrizio, Lee & Associates on behalf of the National Cannabis Roundtable.

The same poll found that 73% of GOP voters were in favor of legalizing cannabis for medical purposes at the federal level. Additionally, the same 73% of GOP voters agreed that legal cannabis businesses should have the same rights as other legal businesses, such as access to banking services and the U.S. stock exchanges.

Other findings from the poll include: 65% of GOP voters believe legal cannabis companies should have access to the banking system and be able to open and use bank accounts like any other legal entity; 56% believe cannabis convictions should be expunged if cannabis is now legal in the state; and 47% of GOP voters have used cannabis recreationally or for medical reasons.

“There’s been a massive shift in opinion, and its evidently clear that Republicans have extremely positive attitudes towards legal cannabis,” said former Sen. Cory Gardner, R-Colo., an NCR advisory board member. Additionally, Rep. Dave Joyce, R-Ohio stated that “cannabis is no longer the partisan issue it once was.” 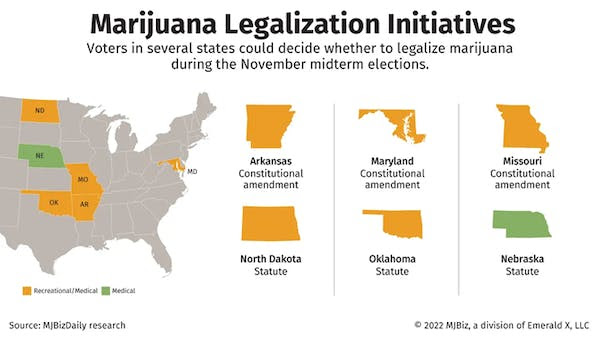 Maryland voters will see a referendum for recreational cannabis legalization on their ballot as lawmakers voted last April to put the question on the ballots this fall.

North Dakota officials stated that adult-use legalization will be on the ballot this November after the requisite number of signatures had been collected. If passed, the state could see up to seven manufacturing licenses, and eighteen retail permits as early as October 2023.

In a similar vein, Missouri officials announced that the requisite number of signatures has been obtained and that a recreational cannabis initiative will be placed before voters this November.

The state Supreme Court in Arkansas recently gave conditional approval for residents to vote this November on a constitutional amendment that would allow for adult-use cannabis in the state.

In Oklahoma, a petition for adult-use cannabis has received the necessary number of signatures and is being reviewed by state officials to ensure validity of the signatures.

In Nebraska, 90,000 residents signed a petition for medical cannabis. State officials are checking to ensure the validity of the signatures before placing the measure on the ballot. 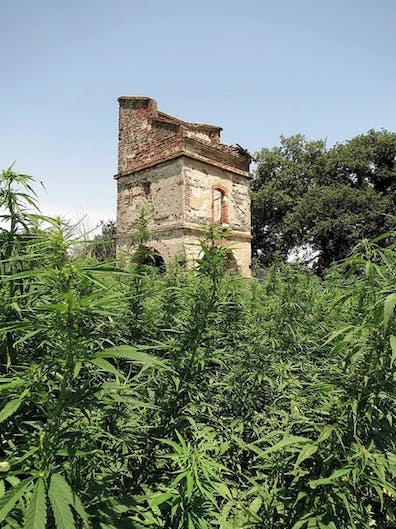 August 26th, 2022, 31 senators from the Socialist, Ecologist, and Republican group published a co-signed letter in the French newspaper “Le Monde,” calling for the launch of a process to discuss and to introduce new laws to legalize cannabis in France.

The letter discusses several possible routes for the legalization of cannabis, and ultimately rejects the notion of decriminalization because it only “buys social peace with a certain cynicism.” “Almost 18 million of our fellow citizens have used cannabis recreationally, according to a recent report by the National Assembly. Although it is banned, 1.5 million consume it regularly,” the letter states, using this as an explanation of why the legalization of cannabis is a social issue that the public authorities must respond to.

The letter goes on to compare the legalization of cannabis to existing public policies for tobacco and alcohol, adding that it will provide the means to better protect citizens, especially younger ones, from uncontrolled consumption via the black markets.

The Senate is the upper house of the French Parliament and sits alongside the lower chamber, the National Assembly. It is made up of 348 senators elected by part of the country’s local councilors and French citizens living abroad.

Cannabis Unlocked is KEY’s ongoing podcast series hosted by the founders at KEY Investment Partners, which features insights from some of the industry’s leading operators discussing their endeavors in cannabis and what it takes to have an impact in this emerging industry.

In our latest episode, Tiby Erdely (Founding Partner at KEY) welcomed Jason Brett (CEO and Co-Founder of Katalys) to discuss the ever evolving importance of accurate and effective marketing tools and how Katalys’ affiliate attribution tool is prepared for the future of marketing. Jason speaks to the founding story of RevOffers (now Katalys) and its journey from being a CBD affiliate network into an industry agnostic affiliate shopping tool.

Jordan Youkilis (Founding Partner at KEY) recently welcomed Chris Yetter (Founder and Portfolio Manager of Dumont Global) to discuss what to look for in sound cannabis investments, the hurdles of investing in US cannabis businesses and things to look for when short selling. Chris and Jordan speak to the investment flexibility Dumont Global has as a hedge fund along with the headaches that come along with establishing a fund and investing in cannabis.

Jordan Youkilis (Founding Partner at KEY) recently Owen Bennett (SVP of Equity Research for Global Tobacco & Cannabis at Jefferies) to discuss the intricacies of international cannabis markets, the range in their success, and the variance in addressable markets. Owen and Jordan discuss the difference between Canadian LP’s, US based MSO’s and ancillary businesses in relation to their addressable market sizes, differences in federal acceptance and access to institutional investment. 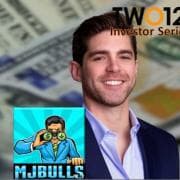 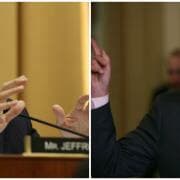