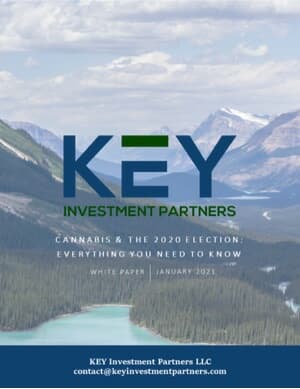 Cannabis & the 2020 Election: Everything You Need to Know (White Paper)

The 2020 US election resulted in a “blue wave”, with Democrats taking control of the Presidency and both chambers of Congress. That blue wave has accelerated the timeline by which industry experts expect cannabis to be legalized federally. But why was cannabis made illegal in the first place? Where does the legislative framework stand today following the election, and exactly how and when should we expect prohibition to be repealed federally?

In this white paper, we explain the major legislative milestones that led to cannabis prohibition in the US. From there, we discuss the complicated, nuanced regulatory framework that developed over the last 25 years as prohibition has unwound. Next, we dive into the implications of the 2020 election and the path to federal legalization. Finally, we address the election result’s implications for cannabis investors and why the time is now for investors to deploy capital into the cannabis industry.