KEY Investment Partners will partner with CanopyBoulder to provide cannabis & hemp investors with a hub for news, updates, and deals during this difficult time. The platform kicks off on April 7th with pitches from 10 top-performing cannabis and hemp companies, followed by a panel of VCs on how COVID-19 is impacting the investment landscape. For ten weeks following the kick-off, CanopyBoulder and its partners will be adding new content each week to keep investors up to speed and engaged. Join us by registering here. 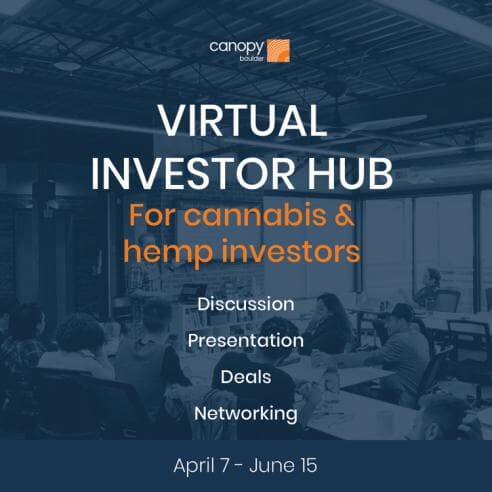 PitchBook released an interesting report last week on COVID-19’s influence on the US venture capital market. Below are some key takeaways from the Pitchbook report which can be found here.

Coronavirus Could Accelerate US Cannabis Legalization 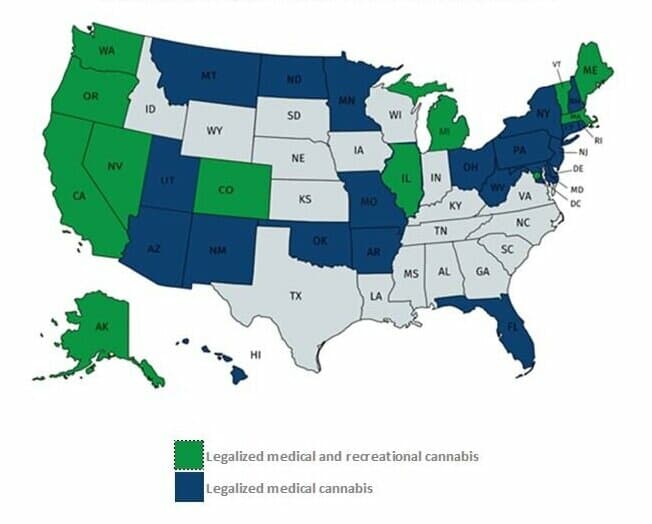 As the US continues to experience economic damage from the coronavirus pandemic, U.S. cities and states can expect to face a significant decrease in tax revenue given the loss of the business activity. However, there is a silver lining for cannabis industry staff, cannabis entrepreneurs and investors.

According to the state comptroller, New York may see a revenue drop of $4 billion to $7 billion compared to its original 2020 forecast. This is a material variance as New York’s total budget is $87.9 billion.

“We’ve been thinking a lot about how life will change post-virus, and one big difference will be that state and local governments are going to encounter large unexpected tax receipt shortages,” Rabe writes. “That’s particularly true when it comes to sales and income taxes amid stressed consumer balance sheets and massive layoffs. And unlike the Federal government, states can’t print unlimited amounts of money.”

Legalization of cannabis for adults, Rabe points out, could be a really easy way to shore up tax basis without driving people out of state, as raising income tax might do. Already it has been successful at raising “hundreds of millions of dollars annually in states like Colorado,” she said. There are currently 11 states with legalized recreational cannabis and another 15 that have decriminalized the drug in one way or another.

“If Colorado can raise +$300 million from recreational and medical marijuana sales in a year, New York can certainly earn over $1 billion as long as the state taxes and regulates adult-use sales reasonably,” said Rabe, who noted that Colorado’s approach has yielded better results than California, which has missed revenue projections.

The bottom line is that after the pandemic is over, states may look to the legalization of cannabis as a means to fill large holes in their budgets. The pandemic-induced decrease in tax revenues may end up being the final push towards legalization that some state legislators needed.