National Legalization in the United States Could Result in Nearly $130 Billion in Tax Revenue, and an Estimated 1.6 Million New Jobs

Forbes released an insightful article discussing how cannabis legalization will be key to an economic recovery, similar to how the lift of alcohol prohibition helped the US recover from The Great Depression. 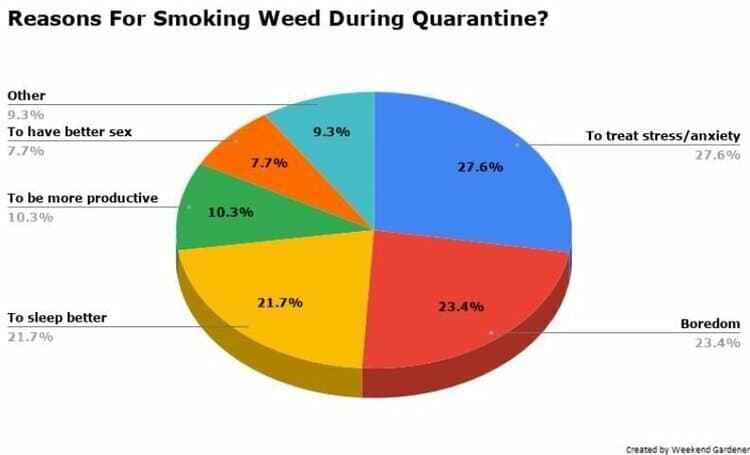 The Influence of Covid-19 on Marijuana Smokers (Survey of 1,000 Americans)

The Weekend Gardner surveyed over 1,000 people in varying age groups about their cannabis usage during the lockdown. The survey found that cannabis usage has increased significantly, and is primarily used to sleep better and to reduce stress, anxiety, and boredom. The full article by Alan Wood can be found here. Some interesting highlights from the study:

A document prepared by the chair of the United Nations Commission on Narcotic Drugs (CND) has laid out a course to keep on track for December’s key vote on the World Health Organization’s cannabis scheduling recommendations. This is positive news for industry stakeholders, and while the likely outcome of the vote is not yet known, it could have far-reaching implications for the global cannabis industry. The full article, by MJ Biz Daily, can be found here.

Regardless of the outcome of the meeting, the meeting signifies that cannabis remains an important topic at the global level.