One of the most common questions potential investors ask us is why we are bearish on investing in cannabis retail dispensary operations. Our response is that while many entrepreneurs and investors have successfully created shareholder value by opening dispensaries, the majority of that value can be attributed to the scarce number of licenses issued by local governments.

We view dispensary licenses today like taxi cab medallions in NYC before Uber & Lyft. In 1937, New York officials decided to limit the number of taxi cab medallions that could be owned or leased by drivers in order to operate a cab in the city. The scarcity value of the medallions drove prices to $1.3m by 2013. Until, the market became oversaturated (by Uber and Lyft) and the medallions lost the vast majority of their value. Last year, 46 medallions were sold for an average price of just $186k.

We’re seeing a similar phenomenon with dispensary license prices today. For example, Florida’s Department of Health had approved just 13 licenses to open medical marijuana businesses through June 2018, despite being the 3rd largest state with a population of ~21m people. Back in June, one of these licenses, which provides for the right to open 25 dispensaries, was purchased for $53m. Because the scarcity of issued licenses will drive inflated customer volumes to these 25 dispensaries, that valuation may be supportable in the near to medium term. However, we expect that value to decline over the long term.

In Colorado, the number of retail dispensaries has increased 3x+ since adult use cannabis was legalized, from 147 in 2014 to 509 in 2018. As research continues to validate the lack of negative consequences associated with selling cannabis legally, legislators will become more comfortable with the industry and continue to issue more licenses. This will in turn reduce the scarcity value of owning a license, and require dispensary valuations to be supported based on their normalized cash flows alone. Most dispensaries will become like liquor stores, which are low-margin, inventory intensive, and undifferentiated businesses. Consider your own purchasing decisions: are there any factors, besides proximity to your home and price, that determine which liquor store you frequent? Further, there is an ongoing, broader trend away from retail towards delivery, which has impacted industries as diverse as toys, apparel, and entertainment (see Toys ‘R’ Us, J Crew and Blockbuster, respectively). That’s not to say in the near and medium term there aren’t great dispensary investment opportunities; there are and we will continue to evaluate each opportunity we see. But we also need to ensure we’re not the last yellow cab in New York City. 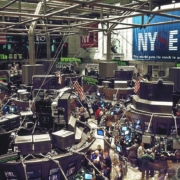 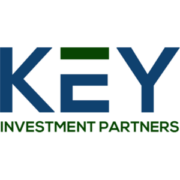 High Times in the Heartland: Marijuana Madness Sweeps Across Midwestern Legislatures
Fundraising at the Top of a Market Cycle

Where is Silicon Valley?
Scroll to top